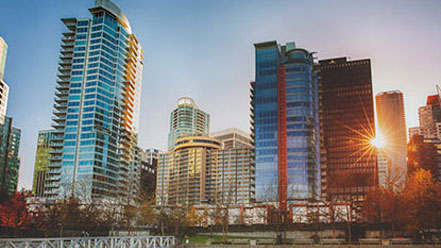 The Pinnacle Hotel Harbourfront is located in the Coal Harbour neighbourhood of downtown Vancouver, just two blocks from the city’s famous Seawall and the Vancouver Convention Centre. We are among the closest hotels to the Canada Place Cruise Ship Terminal and within walking distance of all of downtown Vancouver’s top attractions including Stanley Park, Gastown and the Granville Street Entertainment District.

Don’t forget to ask about our complimentary bicycles for guest use, available seasonally, there’s no better way to explore the city.

What to Do in Vancouver?

Need some suggestions on fun things to do in Vancouver? Check out Pinnacle’s
Vancouver Attractions Guide. And don’t hesitate to contact our concierge
if you’re having trouble finding the information you need. 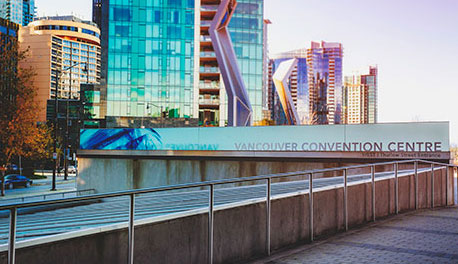 We’re one of the most popular hotels for guests attending conferences at the Vancouver Convention Centre which is just a 5-minute walk from our hotel. After its expansion in 2009, the Vancouver Convention Centre now stands as one of the largest and most modern in Canada, with nearly half-a-million square feet of meeting space. For anyone travelling with a convention group, please contact our sales for a group accommodation proposal. 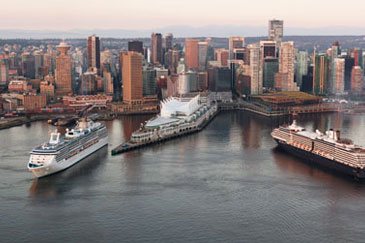 Spending the night before departing on a cruise? We’re located just a short walk from the cruise ship terminal at Canada Place. Book your stay with us today or take advantage of our exclusive cruise package. 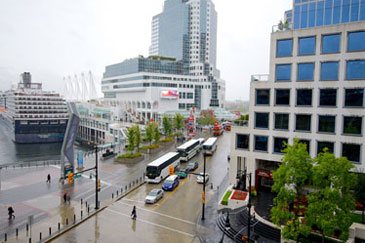 For anyone staying in Vancouver on business, our location is a no brainer. We are just blocks from the nexus of Vancouver’s financial district, localized around the north end of Burrard Street. Click here to learn more about corporate travel at Pinnace Hotel Harbourfront. 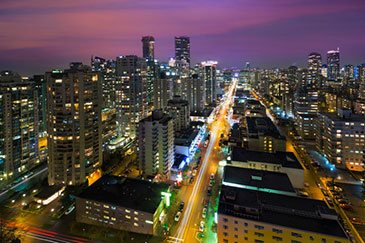 Take a short walk up Thurlow Street from our hotel, and you’ll find yourself on the shopping Mecca of Robson Street, an eclectic mix of restaurants, hip clothing retailers and lively street merchants. It’s the perfect place to take a stroll and acquaint yourself with the city. 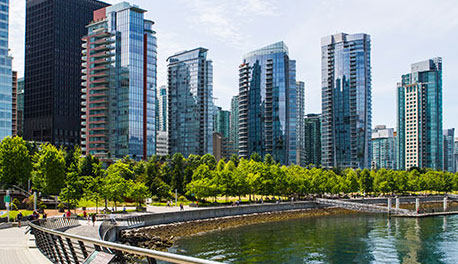 The world’s longest uninterrupted waterfront path begins just two blocks from our hotel and stretches a total of 28km around the downtown peninsula and out to the city’s western edge. It’s most famous and scenic stretch is that which winds around Stanley Park, offering incredible views and making it a popular spot for cyclists and joggers. 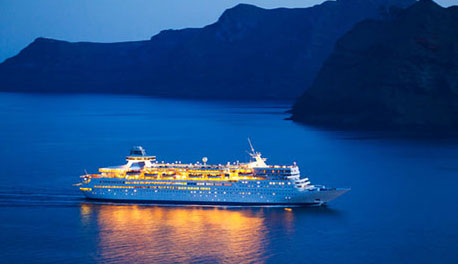 One of Vancouver's most historic cruise ports, Ballantyne Pier is located 3km east of Pinnacle Hotel Habrourfront in the Railtown neighborhood. We are frequent hosts to guests departing and arriving on cruise liners at Ballantyne Pier. Check out our cruise deals and packages for great ways to save on your cruise stay in Vancouver.